Blockchain is in its infancy and is poised to disrupt more than the currency market with its functions in cryptocurrencies. Blockchain is a powerful tool for verifying publicly accessible information. Initially, it was utilized as an essential part of a digital ledger for cryptocurrencies like Bitcoin or Ethereum. Its job is to record a transfer of coinage in a way that would allow for public access to verify a transaction happened while leaving no room for malicious manipulation of the details within that transaction. Conceptually, think of Blockchain as a continually updated spreadsheet that is replicated across many computers. Blockchain is decentralized technology, meaning there is no singular node that is vulnerable to compromise.

At first glance, Government and Blockchain may not seem to be an appropriate fit, however, this technology is ideal for preserving and recording the public data that powers modern infrastructure. 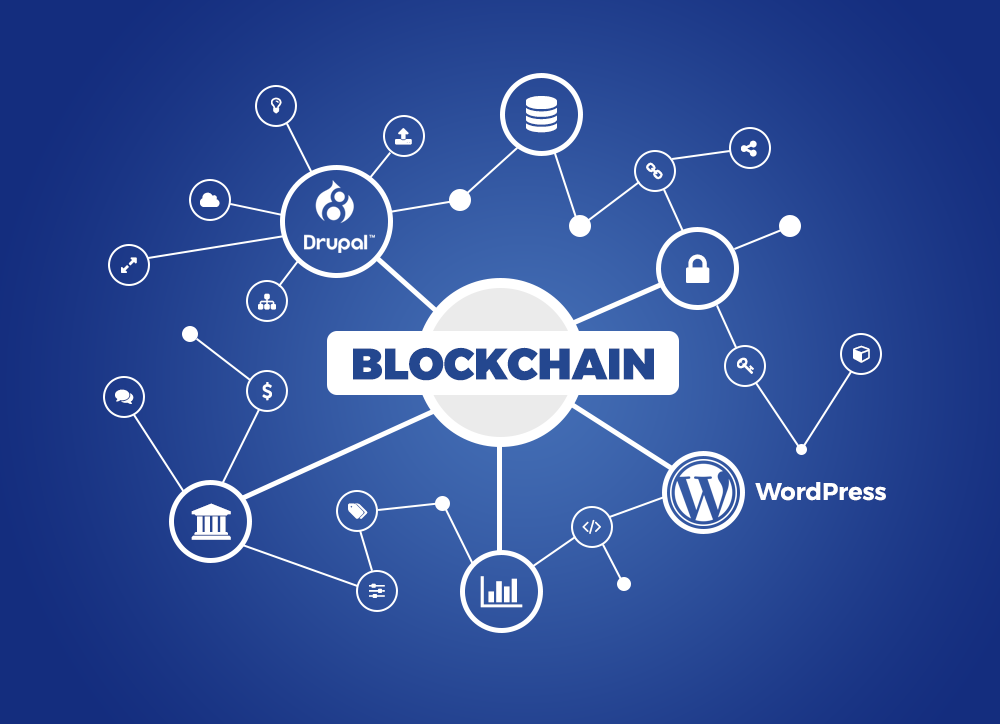 Blockchains are regularly updated which safeguards against unauthorized access. Changes are recorded and  then duplicated across the chain, making it nearly impossible to corrupt a database without the changes being noticeable. Each block identifies the sender and receiver using public keys, and the blocks themselves contain details of all previous transactions down to the Genesis (or first) transaction made by the user.

In the cryptocurrency space, miners run computers that have been built to “mine,” or uncover, a transaction’s existence on the ledger. Each time this is done, the ledger is updated to verify the transaction occurred.

Blockchains use encryption and hashing to guarantee the veracity of information. Miners keep the ledgers updated and honest with constant public scrutiny, a model that can be deployed for the public sector. Hackers would be unable to manipulate an entry without somehow creating and verifying an entire history of transactions that would be checked in real time against a distributed ledger system.

At a fundamental level, blockchains are used to manage and transfer assets within a distributed system. Any public-sector work requiring transparency is fair game for disruption by blockchain, but we see a few specific examples that act as proof of concepts for this idea.

Patents have become an important part of modern business and litigation. Blockchain has the potential to record the details of a patent and provide a timestamp for those details that is verifiable and publicly accessible. Blockchain could reduce the odds that a competing claim could invalidate another patent in a system that is increasingly flooded with applications. In fact, a blockchain system could provide a worldwide database to better protect intellectual property and improve the efficiency of patent response.

In the procurement area (e.g. signing vendor agreements), where multiple signatures are required, the blockchain can ensure that there is one signature per person. This same benefit applies to any other areas in which contracts are used, such as inter agency agreements, contract vehicles, modifications, etc.

Smart contracts have the power to completely revolutionize the ballot box. In the example of elections, states that incorporate blockchain essentially create a two-way contract with voters that allows for one vote per person—with no margin for duplication or tampering. Voters would also save time at the ballot box with options like mobile or web voting that are truly secure. A peer-to-peer review system would ensure that records are updated quickly and accurately.

Leveraging Blockchain With a WCMS to Provide Smart Contracts

One of the primary ways that a Web Content Management System (WCMS) such as Drupal or WordPress could help government integrate blockchain is through its usage of identifying accounts, manifesting identity-based transactions that store an anonymized hash of a user’s vote. Using smart contracts to "vote", for example, would act like a signature to the contract granting voting power and regulating how often it can be used. The details of that vote are stored in a blockchain system that is transparent and verifiable without compromising personally identifiable information (PII).

The WCMS acts as the user interface to cast the "vote" or signature. The WCMS then helps the state or federal entity verify and access the publicly accessible data while acting as a node to store and publish the smart contract. One user, one publicly verifiable vote, zero room for corruption or PII leaks.

Blockchain offers a way to move past the outdated contracts and voting methods using paper, provide improved access to information among departments and improved coordination between agencies. Web CMS can provide the interface or glue for the blockchain technology by providing an accessible, modern user interface. Drupal, for example, is an ideal fit for creating a public interface to the blockchain due to the highly customizable workflow, open-source development, and strong security record.

Blockchain may be key in the coming years as citizens demand greater transparency from their government.

How Can We Help?